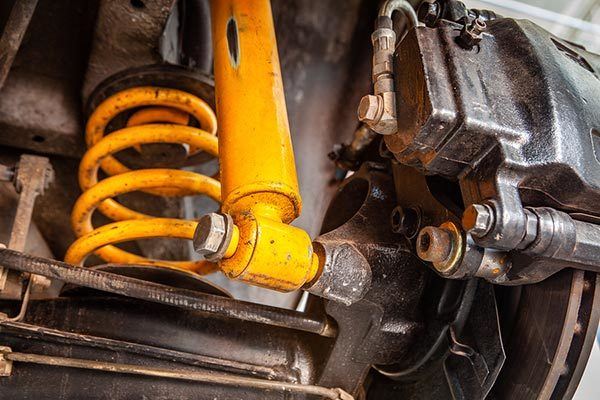 How Often Should I Replace My Shocks and Struts?

Do you have that feeling that your car has become a kangaroo while going over a speed bump? Or are you not enjoying the long rides as you did before?

Well, if the answer to any of these questions is affirmative, then it might be time to think about the shocks and struts of your vehicle.

Nonetheless, many people wonder how often should I replace my shocks and struts when the car behaves abnormally on bumpy roads. As a team that works car parts and knows how each behaves when they need replacing, we exactly know the factors that tell when these two components need replacing.

And we are going to spill all that information out in this article. So, if you want to know all about the topic, read till the very end.

What Do Shocks and Struts Do?

Before we get into describing the signs that give away whether the shocks and struts require replacement or not, we would like to ensure that you have a clear idea regarding what these two do.

There are plenty of different types of shocks available in the market. Regardless of the type, all of them actually do a specific thing: lower the bumps felt by the driver. In other words, they stabilize the car when you are driving on uneven terrain or going through a speed bump.

Now, it will depend a bit on the type of shock regarding how they do what they do. But all of the types will primarily disperse the energy throughout the car's entire body and absorb the bumps.

Without strut, the shocks will be pretty much useless. It connects all the absorbers and the components into a single unit. However, it does not only do join the parts together; it also provides structural support. They will play the role of replacing the upper ball joint and control arm that conventional suspensions usually have.

Now, if you are wondering how should new struts feel, making turns, driving on bumpy roads, braking, and steering the wheel should feel smooth as butter.

When Should You Replace the Shocks and Struts?

Now that you have a fair idea regarding what struts and shocks actually do, let us get into the topic you are here for. So, without further ado, these are the signs that give away that your shocks and struts have failed:

As you know by now, the shocks and suspensions are responsible for stabilizing the car when driving on a bumpy road. If the vehicle bottoms out or bounces up excessively while riding on those terrains, the chances are that these two components are done.

On that note, the ride will not only be bumpy on the rough terrains. The car might bounce excessively on the regular roads as well.

Another telltale sign of the struts and strut problem is difficulty in terms of steering. The wheel might feel a bit stiff and hard to turn. It might even make some strange noises. And this is a significant problem. If you get yourself in a situation where you need to make a sharp turn, things can escalate quite quickly.

When the struts and shocks have given up, you will notice that the car is trying to nosedive when you hit the brakes. This problem happens because the struts and the shocks cannot change the vehicle's weight distribution. Also, you might notice that it is taking way too long to put the car into a complete stop.

Vehicle Leans or Sways When Turning and Changing Lanes

Apart from just facing difficulties in moving the steering wheel, you will notice that the vehicle is swaying too much when you are steering it left or right. Also, the car might lean too much on one side when the struts and shocks have given up. It happens because the weight distribution of the car is not proper.

Strut damage is something that is better felt than seen. However, you surely can do a visual inspection and conclude if it requires a replacement or not. There will be signs of wear and dents on the surface. And the same goes for the shocks.

Additionally, there might be signs of leaked fluid on the struts and shocks. This leaked fluid is another telltale sign that tells whether the parts require a replacement or not.

Wavy dips and cupping-scalloped on the tread indicate that the shocks and struts have worn out. Wondering how does the treadwear has a connection with the two parts? The treadwear becomes uneven if the tires are not held on the roads firmly when driving on the roads.

As you know, shocks and struts have a direct connection with the tires. So, if they have given up, the tires will not be held in place properly.

So How Often Should You Replace the Shocks and Struts?

Well, as we have mentioned, there are plenty of factors that tell you whether you need to replace the parts or not. However, most of the manufacturers will recommend changing the struts and shocks after each fifty thousand miles.

But the recommended period is something that will depend on the condition of the components and your driving style. If you usually drive on harsh terrains, the parts need to do a lot of work. And that means they will wear out quickly.

On the other hand, if you drive on the highways where the terrain is not that rough, your shocks and struts might last longer than fifty thousand miles. However, if they output the signs mentioned above, change truck shocks and struts soon as possible.

In conclusion, if you are still wondering how often should I replace my shocks and struts, it is usually after every fifty thousand miles. However, whenever you notice the vehicle behaving abnormally or notice any of the signs that we have mentioned above, opt for a replacement right away!

What Is the Difference between Deglazing and Honing a Cylinder?

How Much Can You Hone a Cylinder?

Why Do Tires Lose Pressure in Cold Weather: Detail Guide

How to Check Tire Pressure & How to Put Air in Tires?

How to Change Truck Shocks: Step by Step Guide